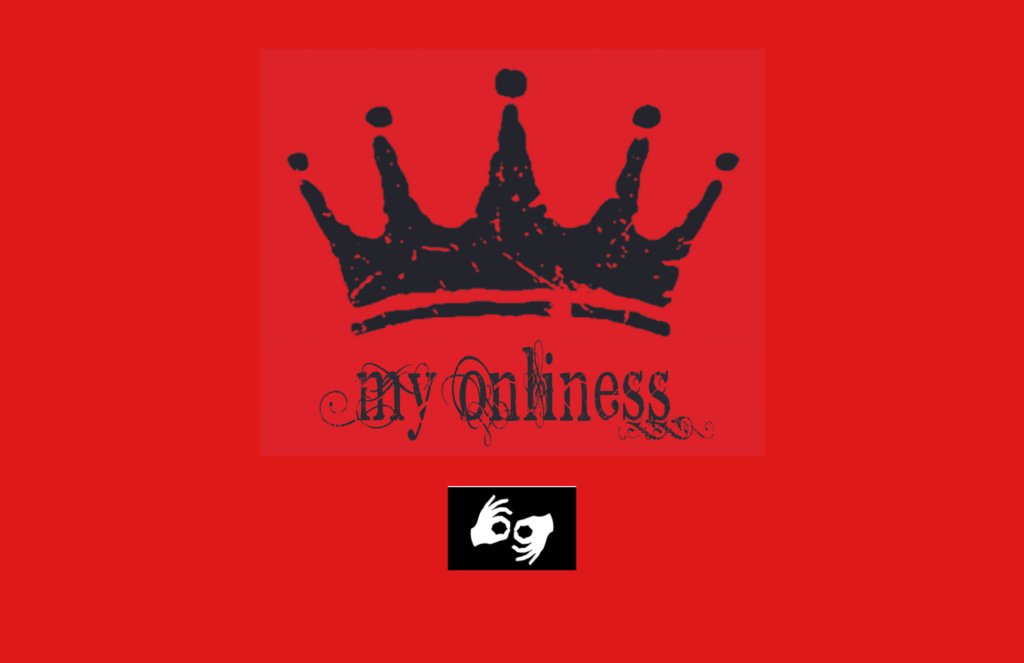 My Onliness, presented in American Sign Language and English, is a fable/cabaret/circus entertainment about a mad King’s desperate attempt to impress a mysterious petitioner. (The poor Writer is simply collateral damage!) Is this a glimpse of our dystopian future? Or just the structure of human consciousness?

Laced with songs of torture, truth, and tenderness; with fully integrated American Sign Language performed by two “Mediums” of the royal court; this is sexy, visceral, dark buffoonery reimagined as The New Absurd; a homage to Stanislaw Witkacy and his theories of “pure theatre”.

The Sept.16th performance (8.30 EST) will include a live-stream educational collaboration between La Mama’s Culture Hub the Seoul Institute of the Arts.

My Onliness will be published this fall by Mercer Street Books in a collection of Robert’s plays: My Onliness & Others. It will be available for review this fall and for purchase in the lobby.

One-Eighth Theater has been creating new, bold, international theater since 2008. One-Eighth has been both a New York Times and Time Out New York critics pick, developed work as a part of the New Ohio Theater and IRT’s Archive Residency, a four year Residency at INTAR Theatre, and two residencies with Mabou Mines. Artistic director Daniel Irizarry has directed The Inspector General at NCPA in Mumbai, India, staged the world premiere of Witkacy’s The Madman and The Nun with Turkish actors in Ankara, Turkey and the World premiere of Mishima’s Busu at the Tennessee Williams Festival in Provincetown, USA. Traveling and connecting is the key to our company and we have proudly shared sweat all around the world- offering acting Labs and kicking ass sharing theatrical pieces along the way!

IRT Theater is a grassroots laboratory for independent theater and performance in New York City, providing space and support to a new generation of artists. Tucked away in the old Archive Building in Greenwich Village, IRT’s mission is to build a community of emerging and established artists by creating a home for the development and presentation of new work. Producing Artistic Director: Kori Rushton.

80 mInutes
Sept. 16 – Friday night performance is at 830 and is available to live-stream.
ADA Accessible