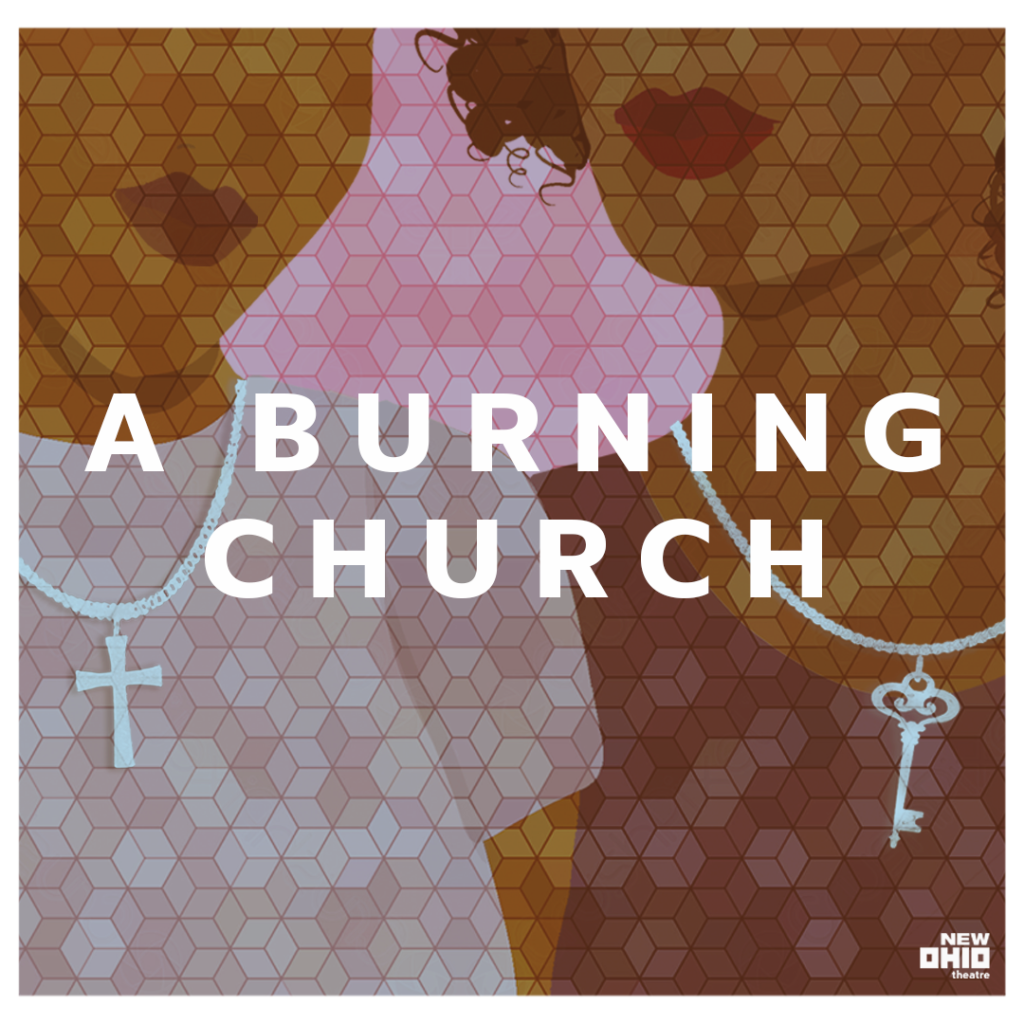 A concert staging of a new musical in development.
An Archive Residency presentation

Jen believes that Heritage Christian Center, the Alabama megachurch she works for, is doing God’s will. To Cleo, it’s everything that’s wrong with America – not least because a recent incident outside its doors got her brother Richard sent to jail. When the two women agree to team up in order to free Richard, the inevitable friction gradually inspires both of them to question their most fundamental beliefs.

With a dynamic score that fuses gospel and secular traditions, A Burning Church is an original musical haunted by acts of destruction, reconstruction, and radical transformation.

A Burning Church is being developed through New Ohio and IRT’s two-year Archive Residency. Hare, Levingston, and Luckett have also received the A Blade of Grass fellowship for socially-engaged art and are a part of Musical Theatre Factory’s MAKERS cohort.

Zhailon Levingston: A Louisiana-raised director and storyteller, Zhailon specializes in the development of new plays and musicals. In 2021, he became the youngest Black director in Broadway history with Douglas Lyons’ play Chicken & Biscuits. He’s the co-director of Reconstruction with Tony-award winner Rachel Chavkin. Other credits: resident director at Tina: The Tina Turner Musical on Broadway, associate director of Hadestown in South Korea.

Nehemiah Luckett: Originally from Jackson, Mississippi, Nehemiah Luckett has been leading and accompanying choirs for more than 25 years. From an early age he connected his deep love of music to the transformative power of building community through breathing and singing with family and friends. Beyond A Burning Church, current projects include an afro-futurist queer Bible-based opera, Jonathan and David, and new musical Triple Threats with Tracy Conyer Lee.

Alex Hare is a director/writer of new musicals. In 2021, he co-created (with playwright Julia Izumi) the digital movie Capricorn 29 for The Tank/Post Theatrical. He has developed A Burning Church alongside his collaborators through New Ohio/IRT’s Archive Residency, MTF’s MAKERS Fellowship, Goodspeed’s JMF Writers Grove, and A Blade of Grass. In 2020, Alex received SDC Foundation’s Charles Abbott Fellowship. Assistant credits: School of Rock, Side Show (Broadway).