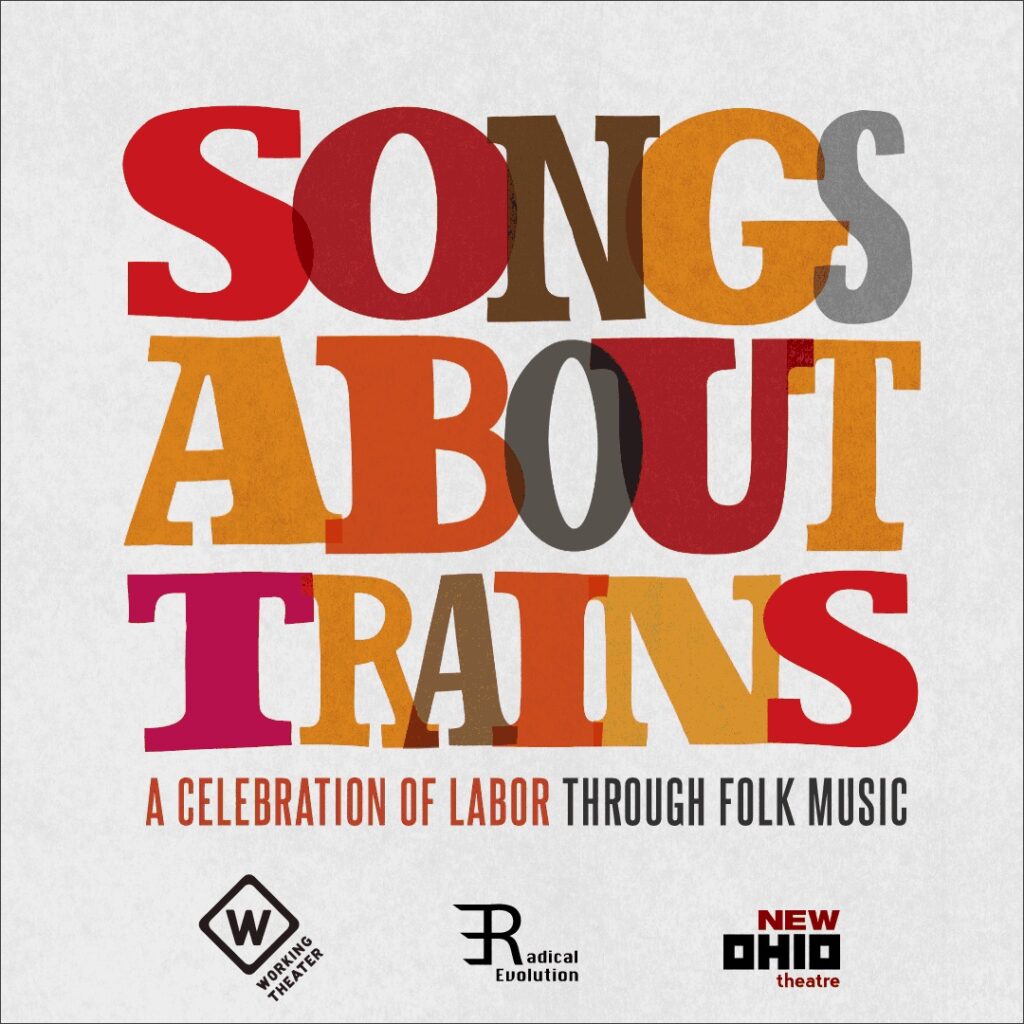 Folk songs, stories, and movement weave together in this theatrical concert to celebrate the workers from a pivotal moment in history—the building of the US rail system—and how their labor has had a lasting impact on the world we live in today. Using music as central storytelling, Songs About Trains highlights the untold stories of this multicultural workforce and explores the complexities of immigration, labor, Manifest Destiny, and the “progress” of the railroad—how it helped forge a global superpower, generated unbelievable wealth to a select few, and did so at the expense of thousands of lives, all while inspiring one of the deepest cannons of music ever made in this country.

During our last week of shows, we are offering both in person performances and a digital stream option! To watch the Songs About Trains digital stream, visit the link below and pre-order your streaming ticket. You will be sent a link to watch the show at the time of your selected performance. The link is available for one watch and expires at midnight on the day of your ticket.

APRIL 19th, 7:00pm
Join us for a special performance of Songs About Trains, with live simultaneous ASL interpretation.

Funding for Songs about Trains is provided, in part, by the Venturous Theater Fund of the Tides Foundation, 21st Century ILGWU Heritage Fund, Off Broadway Angels, and The Puffin Foundation, Ltd.

Radical Evolution is a multi-ethnic producing collective committed to creating artistic events that seek to understand the complexities of the mixed-identity existence in the 21st Century. We advocate for the visibility and representation for the fastest growing demographic in our nation – those who identify as more than one race or ethnicity. We aim to seed the field of downtown theatre with artists of color and assert our vision for cultural and social equity in our field, city, and nation.

Tickets are priced according to our Sliding Scale Ticketing Initiative, reflecting Working Theater’s commitment to accessibility and the belief that theater should not be a luxury or a privilege. We want to make play-going a regular part of our lives. All are welcome here. To learn more and which ticket price is right for you, please visit https://theworkingtheater.org/sliding-scale-tickets/